From cookie race to Olympics, Katherine Stewart-Jones off to Beijing

From cookie race to Olympics, Katherine Stewart-Jones off to Beijing

Nakkertok’s own, Katherine Stewart-Jones is off to represent Canada at the cross-country ski events at next month’s Beijing Olympics. Over the last couple of years Katherine has established herself as the top Canadian women’s distance skier and won both distance races at the recent Olympic Trials in Canmore, Alberta. 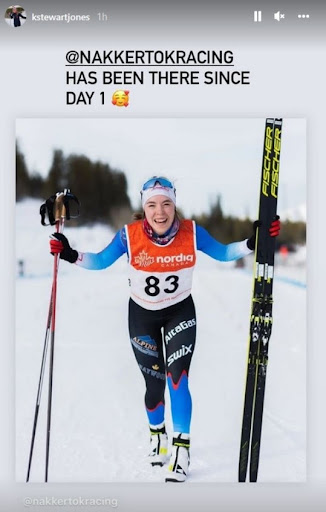 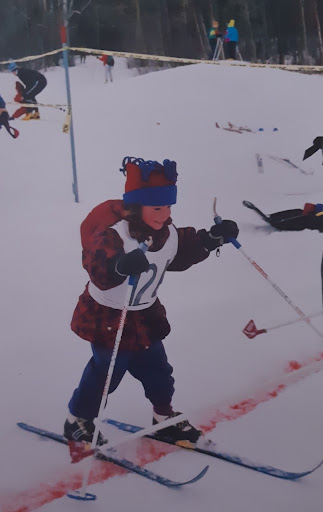 Katherine has come from a busy, active, Nakkertok family, with 2 older brothers, Andrew and Patrick and a twin sister Emilie. All have been successful at high level sport as well. Emilie represented Canada at the World Junior Ski Champs in Ezerum, Turkey in 2012, Patrick at numerous Junior/U23 Worlds and on the World Cup, and Andrew a silver medalist at the World Rowing Championships. Her dad Kevin was a longtime coach in the Nakkertok program, known for leading his lengthy, off-trail runs, which generally returned to the start after a few detours and other adventures, somewhat within the expected time frame… Her mom Liz was the children’s biggest supporter, a keen competitor and much involved Nakkertok volunteer.

The Jones family (not to be confused with coach KJ’s family) joined Nakkertok in 1997. Katherine began skiing with her twin sister Emilie near Johansenhus, when her older brothers were taking Jackrabbit/LTS classes. The twins joined Bunnyrabbits when they were 4 or 5 and their “racing career” started at the Cookie race when they were 4. They went to the Noram Midget champs from 2006 to 2009 and the Jeux du Québec in 2007 and 2009. 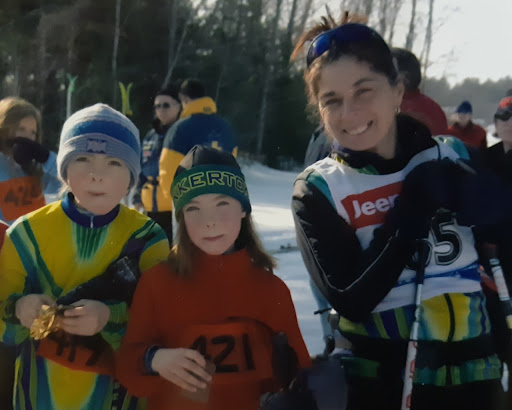 Katherine and Emilie’s first Nationals was in 2010, in Whitehorse, where they both won bronze medals. They also did their first World Juniors trials in December of 2010 in Thunder Bay. Katherine went to the Thunder Bay National Training Centre in 2015, moved to Canmore in 2018 and joined the Alberta World Cup Academy Training Centre this season. She has represented Canada at 3 World Ski Championships and 46 World Cups, including the 2016 World Cup in Gatineau, the 3rd of her career.

Katherine has come a long way from her first start at the Nakkertok Cookie race, congratulations! Also joining Katherine on the 7-person team will be local skiers Antoine Cyr from Club Skinouk and Laura Leclair from Chelsea Nordiq, showing the strength of skiing in the region. Watch and cheer Katherine and the rest of Team Canada on, this February, on CBC.
cbc.ca/sports/olympics
CTV interview